The first Wyndham Gardens hotel is expected to open May 2018 at Queenstown’s Remarkable Park.

Close to the airport and two snow fields, the 75-room hotel is slated to open under the Wyndham Gardens brand in May next year.

The group, which has 110 hotels around the world, has been rapidly growing its footprint in New Zealand, and now runs 10 hotels here.

They include a $50m Wyndham Gardens proposed for Auckland and a new $15m 77-room Ramada Encore hotel in Christchurch just announced this month.

“The increase in visitor arrivals into New Zealand since 2015 has nearly doubled expectations, and that growth is being acutely felt in Queenstown, which accounts for nearly eight percent of the country’s guest nights but lacks new hotel supply.”

Developer Safari Group has already built four Ramada hotels for Wyndham, including the one in Remarkables Park.

Colliers hotel specialist Dean Humphries said most hotels were bigger and owned by one entity, but Safari was following a different model which involved selling individual rooms to investors on a strata-title basis. 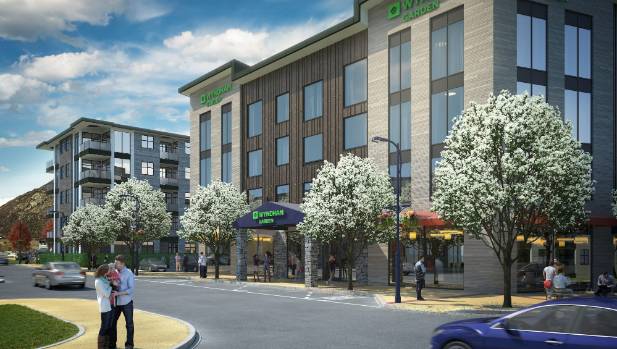